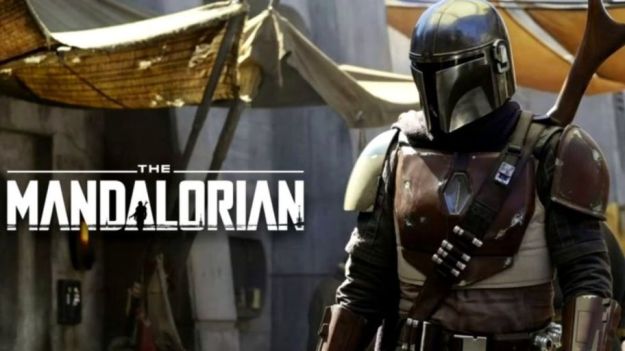 The internet has been talking about The Mandalorian (2019) for weeks. The stakes are high that Disney+ attracted its many subscribers due to the long-awaited Star Wars rather than its promise of the extensive library of the classic tales. With Jon Favreau in the creator and writer seat who had a driving influence on the formation of Marvel Cinematic Universe, it seems like there won’t be any second thoughts on the success of The Mandalorian.

The first episode sets up the facts very subtly for the avid Star Wars fan and those who turned their devices on for the extensive publicity of the show. Favreau says in an interview, “When a universe is filled with chaos, you have tough characters emerging”; this is exactly what happens in The Mandalorian. Specifically, for those who are unfamiliar with the Star Wars Universe, the empty deserted streets, disturbing quietness, bars full of the good guys and the bad guys are not hard to catch. This is a world ignoring the painful aftermath of the chaos. The world needs a hero, but scene one never tells the viewer whether the Mandalorian is one. Instead, it gives off the idea that he is a bounty hunter. Is he a good one? The suspense builds up as the viewer navigates through the story to uncover his true identity. The series slowly yet so effectively introduces the viewer to its leading character. The Mandalorian is not a thriller, but it surely has moments that make the viewers hold their breath.

“You are a Mandalorian. Your ancestors rode the great Mythosaur. Surely you can ride this young foal.”

While understanding the sub-genre of the Star Wars series as we know to be sci-fi may take some processing, the soundtrack by Ludwig Göransson is a great help. My initial thoughts throughout episode one are mixed; there seems to be too much emphasis on tribalism, which at first did not add to the story. Before Mandalorian begins his search for an intriguing target, he needs a ride. Not a particular spaceship, but a creature called blurg. The Mandalorian establishing control over the creature is a moment to cherish for those the Star Wars fans. It reveals a piece of Mandalorian culture and mythology.

The particular scene also indicates that we are watching a space cowboy on a mission. The Mandalorian has been through chaos, he is trying to make money, but he sure has a hero within him. Once the viewer realizes that, Göransson’s musical contribution to the series start making sense. I would argue that Western meets Electronic music is an excellent combination for the series, while some may not agree. Hence, it is true to say Mandalorian is the embodiment of the Western genre set within sci-fi mythology. It puts heroic storytelling into a unique setting.

A Hero or a Bounty Hunter?

The first episode ends with a shocking twist that will reveal the true nature of its character. The Mandalorian encounters a 50-year old baby Yoda (as we’d wish). Our soon-to-be-hero doesn’t say anything, but I can hear all of you thinking “This wasn’t the part of the deal?”. The contradicting imageries throughout the episode wave at the viewer one last time in the scene. There is quite and loud, danger and safety, the thrilling effects interrupted by comedic characters. The unlikely ending is hinted from scene one; however, the decision Mandalorian makes will reveal so a great deal about the seemingly unpredictable future of the series.

Episode 2 of The Mandalorian is live on Disney+ today (November 15th). Drop a comment below about what you think about the series so far.

Hazal’s Camera on Tour: The City of Bursa

A website that explores historical issues with contemporary relevance, historical perspectives on current events, and ideas about contemporary teaching, academia, and alt-academia.

Ghosts of the Stratosphere

In A World Of Too Many Entertainment Podcasts... Here's One More!