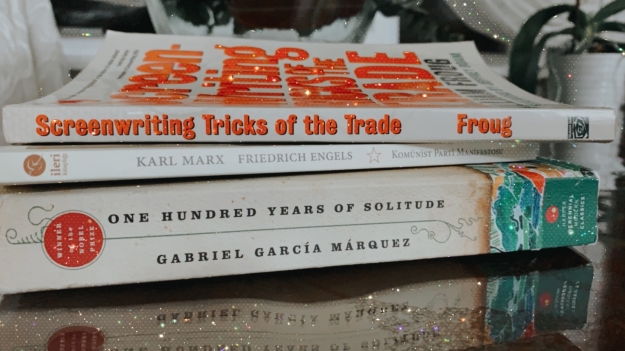 Hello, fellow homebodies! There isn’t any news from me except that I am a slowly recovering screen addict these days. In between finishing every season of the four TV shows, I was watching concurrently; I was able to squeeze in a few books. I am turning into a bit of an optimistic these days, so I actually really enjoyed every one of these books and I hope you do, too. Whether you are a dreamer, a creative, or a thinker, there is a book for you— Just look below! 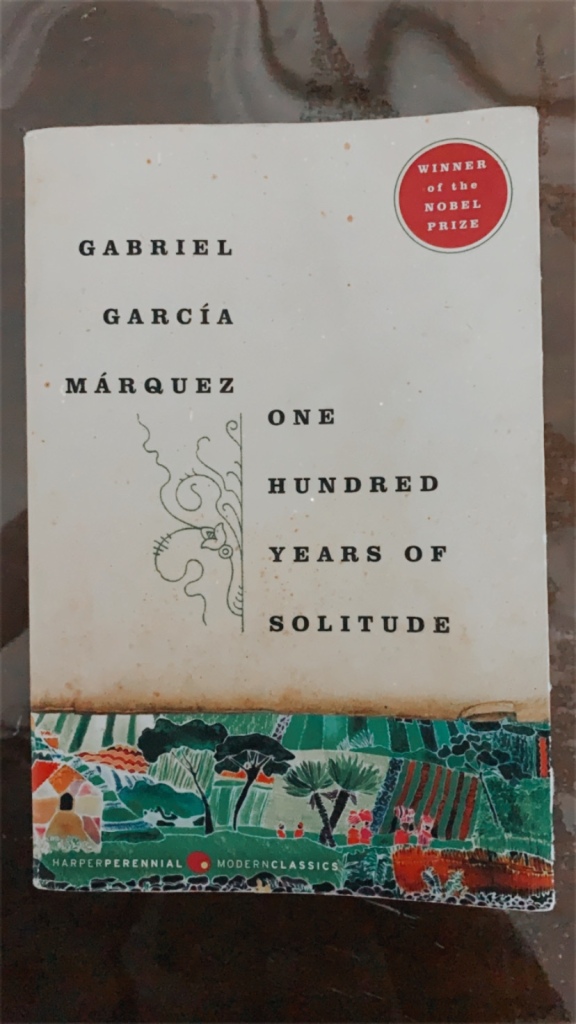 One Hundred Years of Solitude by Gabriel García Márquez (1967)

I have had the time to realize many different things during my self-imposed quarantine, here’s one for you: I always start blog posts with a personal narrative. (I suppose I haven’t forgotten that I started this portfolio-like platform also as a way to vent. Good for me.)  Before talking about residents of the fictitious town Macondo that brought Márquez a Nobel prize, I have to thank my friend Ameyalli who tirelessly but not forcingly told me to read this book. It was her favorite book, and I now see why. It took me around 6 years and two copies (one lost in time, the other was found from a secondhand bookstore) to pick it up. If I have to read it again to make up for my behavior, I will not complain. And, I will likely read it again soon because I don’t think I still appreciate this book enough.

The author, Márquez inserts a page-long family tree prior to introducing readers to the history of Buendía’s. I wondered how on earth it would be possible to tie the lives of almost 30 people and 6 generations together in a single book and keep readers’ attention at the same time… It is possible in Márquez’s world. While the author’s talent cannot go unnoticed, magical realism works as the sparkly glue in the Buendía history. When a woman loves, beautiful butterflies follow her wherever she goes. When a girl dies, she rises to heaven covered in her own bedsheets. A room full of ancient texts and books refuses to rot, it stays just the same for years. Even the disturbing, like the death of a lover, deeply wounds the reader when the same woman’s dear butterflies go, forever, away (ibid).  Such examples are the ones that are stuck with me; it is most rewarding when the reader does not look at them as mere sentences but rather uses these beautifully told tragedies as tools to understand Macondo deeply.

While Macondo is a place for those who have imperfect characters, I found myself getting attached to Colonel Aureliano Buendía. Colonel seems to be the smarter child from the get-go; he locks himself into his father’s workshop and studies. Eventually, falls in love with a child, raises her only to witness her death, and finds himself leading rebellions and fighting at the forefronts during the civil war. He dies a lonesome death, like the rest of his family.

A deeply disturbing topic that Márquez explored was the United Fruit Company Banana Massacre of 1928. It is sad to admit that I have never heard about this insanity until I faced the specific chapter that Márquez discussed the topic, and I must apologize for it. The real event begins when company workers strike over unfair working conditions in Cienega, Colombia, and they are slaughtered by the Colombian army troops. There are claims of 47 to 3000 casualties. In Márquez’s commentary, the casualties are piled into train never to be found. As Connelly states in an article for Harvard Review, “It is not due to any form of amnesia that the historical narratives about the banana massacre are riddled with these inconsistencies. Instead, such discrepancies are an inevitable result of the uproar that followed the massacre, which propagated a number of different versions of the event”. We don’t know the reality for sure, but Márquez’s version seems to walk us through what truly might have been. If you are interested in the topic, this is a good take on it.

Before I get too far ahead of myself, let me tell you what Márquez intends to say in One Hundred Years of Solitude. In Macondo, time runs in a circular manner, like the clock itself. Each generation repeats the mistakes of their ancestors. In Macondo, people do not write history but repeat its pain and glory. While the future becomes predictable for the reader with each newborn, it works otherwise for the inhabitants of Macondo. In accordance with Márquez’s Nobel Prize Speech, nations may repeat the history of oppression and pain, but they still respond with birth. In Macondo, those who forget their history, are bound to repeat it; but for Latin America (and other nations), there is still hope. Where there is life, there are new beginnings.

One Hundred Years of Solitude is a book that is difficult to comprehend because of its complexity that contains the history of seven generations, but it is one of the most rewarding books you will ever read. 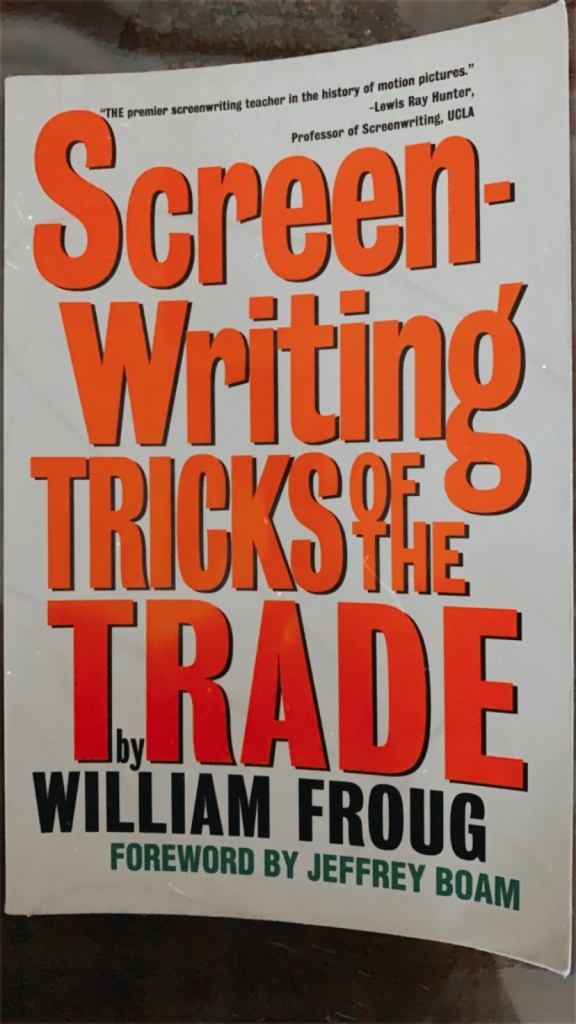 Screenwriting Tricks of the Trade by William Froug (1992)

Am I the only one who loves reading books about writing? I suppose writers who write about writing must be really good ones— Froug is no exception. A very easy to follow, carefree guy that helps the writer to set their imagination free; in other words, no outlines for the perfect script folks! If you have been following the blog, you might remember my review on Syd Field’s great book; I think it is fit to compare the two approaches.

As I mentioned in the previous review, reading Field was like listening to a friend kind-of fun. While he urged the readers not to limit themselves, he also gave them formulas, page numbers, and advice that must be followed. It is a very easy-to-read, helpful book; however, it is one that might stress the heck out of newbie writers like me. In my experience, I learned a great deal out Field’s book, I forgot them in the midst of a chaotic college term, and I felt too stressed to try and match these expectations to create a so-called perfect screenplay—In other words, I did not know where to start.

In contrast, Froug’s book works like an antidote (he also talks about Field’s approach with great respect). Like Field, Froug illustrates his points by using examples for successful movies and gives very generic guidelines that do not go near an outline. I also particularly enjoyed his so-called exercises closer to the end of the book; I was able to come up with a few different scenarios. Lastly, Froug includes a chapter about agent-client relationships that is very valuable and down the road could be useful for anyone hoping to enter the writing profession.

If you are new to screenwriting, I urge you to read Froug’s Screenwriting Tricks of the Trade (1992) first and move to Syd Field’s The Foundations of Screenwriting (2005). Once you have a general idea of unleashing your dragon with Froug, you can then move on to taming it with Field; it will work like magic for your writing process. 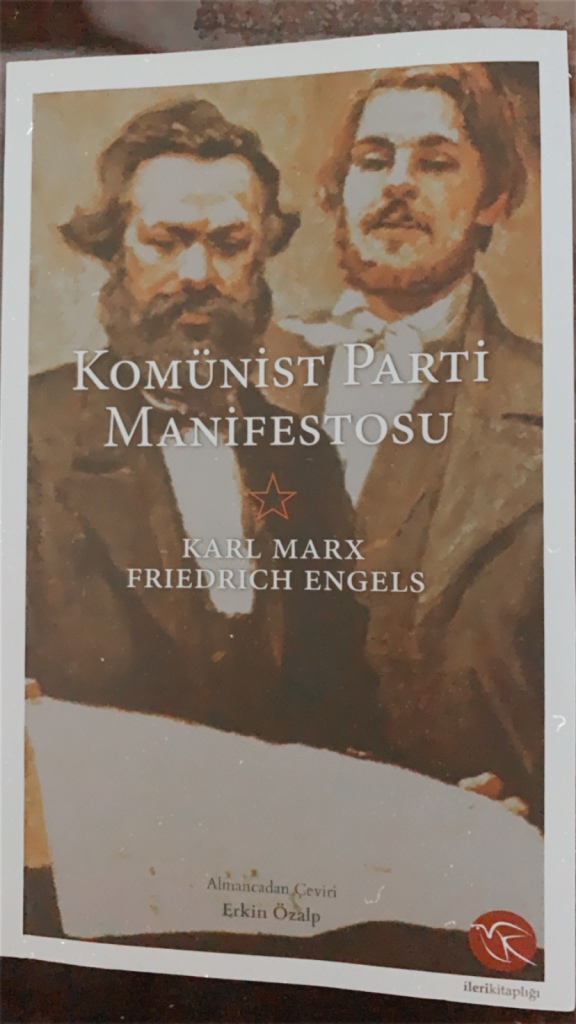 The Communist Manifesto by Karl Marx and Friedrich Engels (1890 edition)

A piece that is especially timely these days as we are dealing with a global pandemic, that should raise a public question about the very system of capitalism. The manifest is originally written in 1848, which is prepared by the Marx-Engels duo during the Communist League. When the piece was written, European powers were scared of this new ideology that attempted to destroy their winning systems. Hence, the quick read explains basic principles and dynamics between the bourgeois and proletarians, and most importantly, puts the class struggle on these pages for the naked eyes. In other words, the poor-and-capable feeding the rich is laid down like the secret system that it is. Marx and Engels mostly touch on the problems of production as well as French socialism (or a no good, “philosophical fantasy”).

To note, such delicate pieces are to be read in their original language. I was able to get a copy of a Turkish 1890 edition that was translated from its English equivalent. As I studied the endnotes to compare the accuracy of the text, I found out that there are many edits that were made for the information found in English to adapt itself to the Turkish language. All in all, if you do read German, you’ll have better luck with understanding the text accurately.

My next read is from the Dominican Republic— The Brief Wondrous Life of Oscar Wao (2007) by Junot Díaz. I will be talking about it shortly after I finish, which should not be very long given the circumstances. I hope you enjoy these recommendations and let me know if you have any great books you’ve read recently! I’ve been finishing these bad boys quickly. I hope you are staying safe; My blessings go to every one of you, wherever you are.

wake up and smell the humans

When an introvert speaks

In a world where you can be anything, be yourself.